DUMAR I
Pictured as: the Signet Lightning (Signet Maritime) Photo by: Carlos Aleman

In 2008, Dolphin Marine Incorporated renamed the tug as the Dolphin I.

In 2010, the tug was acquired by Harvey Gulf International Marine of New Orleans, Louisiana. Where she was renamed as the Harvey Lightning.

In 2014, Harvey Gulf International Marine's tug division was acquired by the Signet Maritime Corporation of Houston, Texas. Where the tug was renamed as the Signet Lightning.

The towing gear consists of an INTERcon, DW225 towing winch. Driven by a dedicated GM 8v71 engine. As well as a Nordic hydraulic towing pin system, as well as a Green Marine telescoping boom crane. 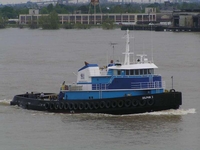 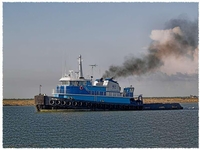 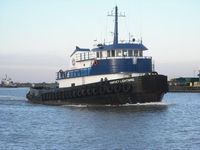 
Back to DOLPHIN MARINE COMPANY INCORPORATED