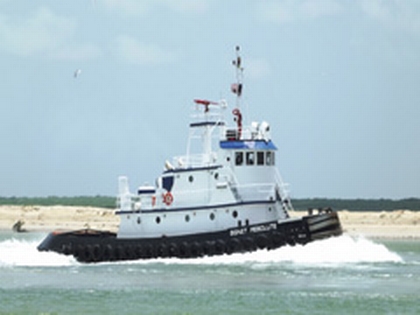 Built in 1976, by Main Iron Works Incorporated of Houma, Louisiana (hull #310) as the Janet Colle for the Colle Towing Company of Pascagoula, Mississippi.

In 2010, the Colle Towing Company was acquired by the Signet Maritime Corporation of Houston, Texas. Where the tug retained her name.

In 2011, the Signet Maritime Corporation renamed the tug as the Signet Resolute.

In 2022, she was phased out of active service. And was "laid up" at Pascagoula, Mississippi.


Back to COLLE TOWING COMPANY INCORPORATED