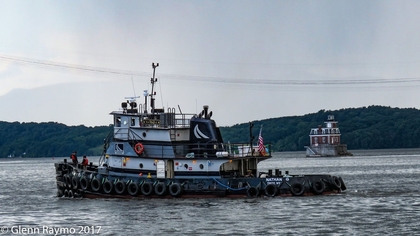 Built in 1977, by Marine Industries Incorporated of Morgan City, Louisiana (hull #16) as the Brute Force.

In 1978, the tug was acquired by Seabrook Towing Incorporated of Charleston, South Carolina. Where she was renamed as the Hinton.

In 1987, Seabrook Towing Incorporated was acquired by the McAllister Brothers Towing Company of New York, New York. Where the tug retained her name.

In 2004, McAllister Towing and Transportation renamed the tug as Joan McAllister.

In 2017, she was acquired by the New York State Marine Highway Transportation Company of Troy, New York. Where the tug was renamed as the Nathan G.