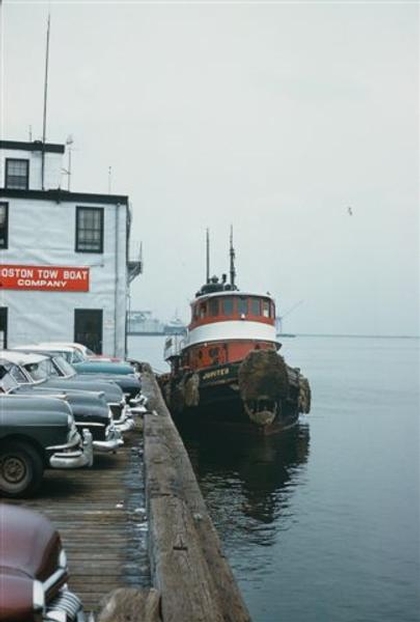 Pictured as: the Jupiter (Boston Towboat) Photo by: Unknown

Built in 1945, by the JK Welding Company of Brooklyn, New York as the ST-894 for the United States Army.

However, the tug was was declared a "liability." And was sold.

In 1980, she was acquired by the Boston Towboat, Company of Boston, Massachusetts where the tug was renamed as the Jupiter.

She was later acquired by Arthur Fournier of the Penobscot Bay Towing Company of Belfast, Maine. Where initially, the tug retained her name. However she was later renamed as the Shawn.

The tug was eventually sold and was "laid up" in New Bedford, Massachusetts.

She was eventually acquired by Noah Towing of Johns Island, South Carolina. Where she was renamed as the Jupiter and was converted to a "live aboard."

However, her current and or final disposition is unknown. She was a single screw tug, rated at 650 horsepower.
(Captain Brian Fournier) 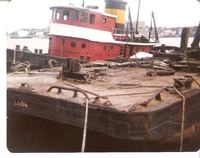