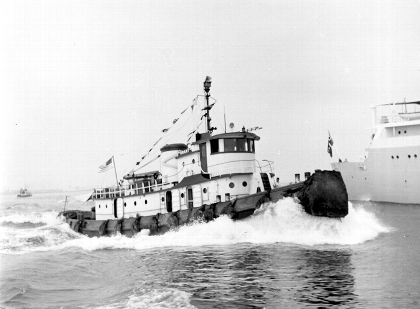 Built in 1948, by Gulfport Shipbuilding of Port Arthur, Texas (hull #324) as the Brant for the Curtis Bay Towing Company of Baltimore, Maryland.

In 1971, the tug was transferred to the Moran Towing Company of New York, New York. Where she was renamed as the Barbara Moran.

In 1990, the tug was renamed by the Moran Towing Company as the Rio Miami. Solely for the purposes of scuttling the tug off of Miami, Florida in December of 1990. She was a single screw tug, rated at 1,750 horsepower.
(Dave Boone, Birk Thomas)