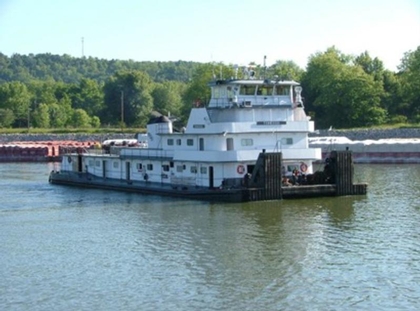 Built in 1965, by the Dravo Corporation of Neville Island, Pennsylvania (hull #4842) as the Esso Tennessee for the Esso Shipping Company of Wilmington Delaware.

In 1973, the Exxon Shipping Company renamed the tug as the Exxon Tennessee.

In 1993, in the wake of the Exxon Valdez incident. The Exxon Shipping Company was rebranded as the SeaRiver Maritime Company of Houston, Texas. Where the tug was renamed as the S/R Tennessee.

In 2000, she was acquired by the Madison Coal and Supply Company of Charleston, West Virginia. Where she was renamed as the Tennessee.

In 2010, the Madison Coal and Supply Company, become Amherst Madison Incorporated of Charleston, West Virginia. Where the tug retained her name. 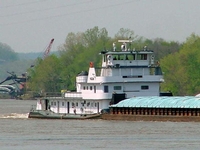 
Back to MADISON COAL AND SUPPLY COMPANY INCORPORATED