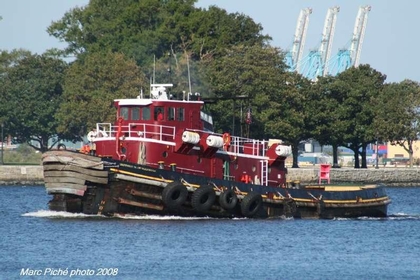 Built in 1963, by Mobile Ship Repair Incorporated of Mobile, Alabama (hull #YTB 770) as the YTB-770 (Dahloega) for the United States Navy.

She was placed in service at 5th Naval District, at Norfolk, Virginia. The date she was placed out of service, is unknown. She was struck from the Naval Register on March 13th, 2001. And transferred to the Defense Reutilization and Marketing Service (DRMS) for sale or reuse.

In 2001, the tug was acquired by the McAllister Towing and Transportation Company of New York, New York. Where she was renamed as the Jeffrey K. McAllister.

In 2015, she was acquired by the Great Lakes Towing Company of Cleveland, Ohio. Where the tug was renamed as the Ontario.