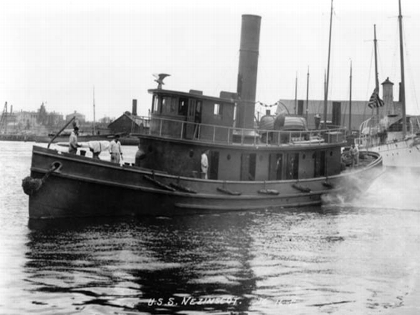 On March 25th 1898, the tug was acquired by the United States Navy. And on April 2nd, 1898 the tug was commissioned as the Nezinscot. . The tug operated out of Key West, Florida. Serving in the North Atlantic Fleet during the Spanish American War.