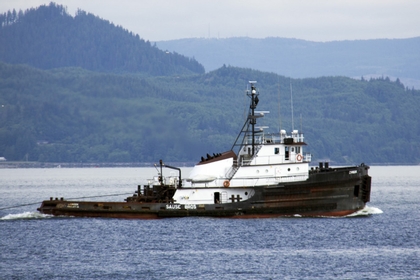 Pictured as: the Chinook (Sause Brothers) Photo by: Kyle Stubbs

In 1980, the Defelice Marine Towing Company was acquired by Gulf Fleet Marine Incorporated of Houston, Texas. Where the tug retained her name.

In 1988, the tug was acquired by the Dahl Tug and Barge Company Incorporated of Seattle, Washington. Where she was renamed as the Hunter D.

In 1990, she was acquired by the Sause Brothers Ocean Towing Company of Portland, Oregon. Where she was renamed as the Chinook.


Back to DAHL TUG AND BARGE INCORPORATED