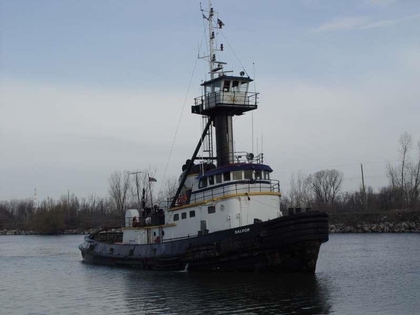 Built in 1963, by Jakobson Shipyard of Oyster Bay, New York (hull #417) as the Esther Moran for the Moran Towing Company of New York, New York.

In 2000, the tug wasacquired by McKeil Marine of Hamilton, Ontario. Where she was renamed as the Salvor.

In 2012, the tug and her barge, the Lambert Spirit. Were fitted with a JAK coupler system. That was from the tug James A. Hannah and her barge the Hannah 5101.