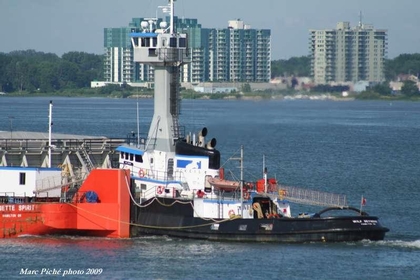 Built in 1961, by Gulfport Shipbuilding of Port Arthur, Texas (hull #547) in as the M. Moran for the Moran Towing Company of New York, New York.

In 1970, the Moran Towing Company renamed the tug as the Port Arthur.

In 2000, the tug was acquired by McKeil Marine Limited of Ontario, Canada. Where she was renamed as the Salvager.

The tug was fitted with an upper wheelhouse, and Bludworth Coupler System. And, "married" to the 435(ft), by 74(ft) multi purpose barge the Alouette Spirit.

The towing equipment consists of a hydraulic Markey towing winch, outfitted with 3000(ft) of 2.25(in) towing wire. The tug is also outfitted with a Bludworth coupler system. 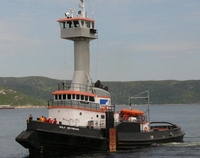