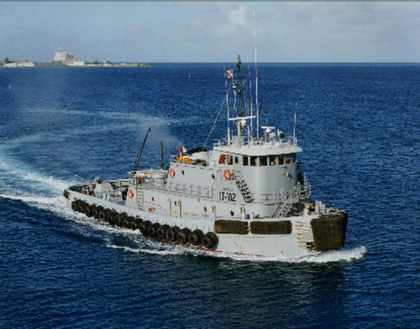 Built in 1981 by Quality Shipyards of Houma, Louisiana as the Gulf Raven (hull #167) for Gulf Fleet Marine Incorporated of Houston, Texas.

In 1987, the tug chartered to the Boston Barge and Tugboat Company of Boston, Massachusetts. Where she was renamed as as the Mystic.

In 1987, she was acquired by the United States Army. Where she was designated as the LT-102 (Mystic.) And, allocated to the Kwajalein Atoll in the Pacific Ocean. To provide services for the United Stated Army Space, and Missile Defense Command.