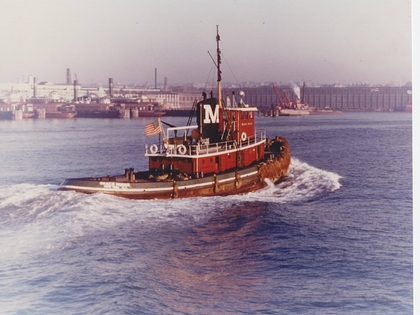 Built in 1949, by Levingston Shipbuilding of Orange, Texas (hull #441) as the Grace Moran for the Moran Towing Company of New York, New York.

The tug was the first of series of five Grace Moran class tugs. Designed by Naval Architect Joe Hack. And, built by the Levingston Shipbuilding Company of Orange, Texas. For the Moran Towing Company of New York, New York. The series of tugs, were often referred to as "Moran's Cadillacs."

In 1956, she was acquired by Dutch Interests, and reflagged. Where she was renamed as the Caltex Bintang. And, then as the Towell Power.

The tug is no longer listed in documentation. Her current, and, or final disposition is unknown. She was a single screw tug, rated at 1,750 horsepower.
(Don Waldeck, Dave Boone) 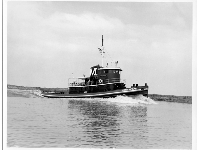