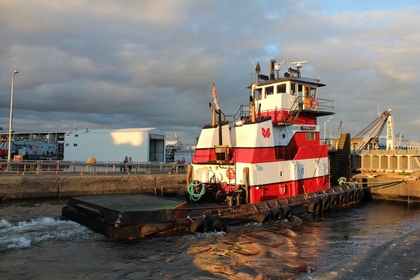 Built in 1970, by Industrial Steel and Machine Works Incorporated of Gulfport, Mississippi (hull #100) as the Terilyn for the Smith Rice Derrick Company of Alameda, California.

In 1997, the tug was acquired by Masters Tug and Towing of Bethel Island, California. Where she retained her name.

In 2003, she was acquired by Westar Marine Services Incorporated of San Francisco, California. Where the tug retained her name.

Powered by two, Caterpillar 3508E diesel engines. She is a twin screw towboat, rated at 1,550 horsepower.


Back to WESTAR MARINE SERVICES INCORPORATED