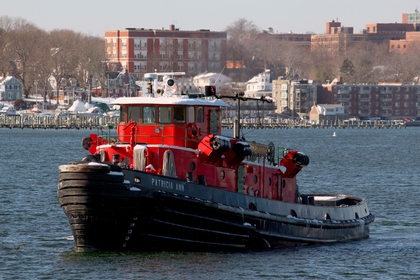 Built in 1960, by the Southern Shipbuilding Corporation of Slidell, Louisiana (hull # YTB-758) as the YTB-758 (Paducah) for the United States Navy.

Her keel was laid down on May 5th, 1960. The tug was launched on August 31st, 1960. And, she was delivered to the United States Navy 24th of February 24th, 1960. Where the tug was allocated to 5th Naval District, Naval Station at Norfolk, Virginia.

The date that she was placed out of service, is unknown. On June 25th, 1999, she was struck from the Naval Registry. Her final disposition was that she was disposed of, and sold on the July 5th, 2001. by the Defense Re utilization and Marketing Service (DRMS) for commercial service

In 2001, she underwent extensive renovations at the Thames Shipyard and Repair Company in New London, Connecticut. Including the installation of a 325 horsepower, Harbormaster bow thruster. And a 350 horsepower, Harbormaster stern thruster. Allowing the tug increased maneuvering capabilities. Primarily, the ability to maintain a 90 degree angle to the ship or unit it is assisting, while the unit itself is maneuvering.

Originally powered by a single, Fairbanks Morse diesel engine. With a Lufkin reduction gear, at a ratio of 5.1:1. Turning a single, skewed, four bladed, 144(in) by 120(in), fixed pitch propeller, for a rated 2,000 horsepower. 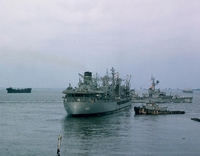 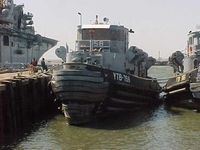 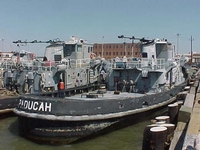 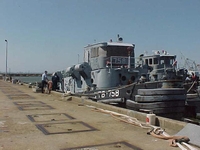 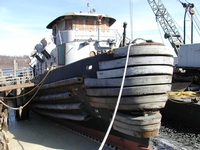 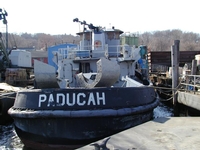 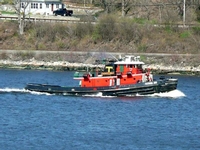