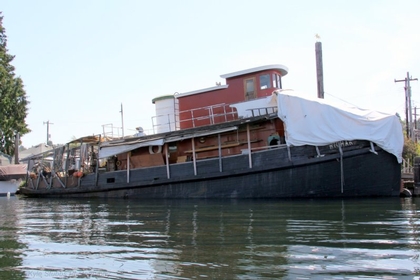 Pictured as: the Richard (Houseboat) Photo by: Kyle Stubbs

The tug was later acquired by the Campbell Towing Company Incorporated of Wrangell, Alaska. Where she was renamed as the Richard.

She was later acquired by an individual named Ervin Bakken of Kingston, Washington. Where the tug retained her name.

In 2009, she went out of documentation. As of 2020, the tug is being used as a liveaboard on the Lake Washington Ship Canal in Seattle, Washington.

She was a single screw tug, rated at 560 horsepower.
(Kyle Stubbs)


Back to CAMPBELL TOWING COMPANY INCORPORATED