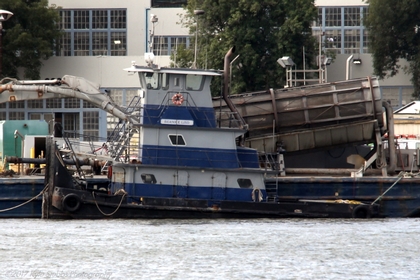 Built circa 1953 as an LCM(8)-type landing craft for the United States Navy.

In 1977, the vessel was rebuilt as a square-bow push boat for use at the Subic Bay, Philippines Navy Base. Where she was redesignated as 54NS811.

She was later sold surplus to the Port of Astoria, Oregon, where the tug was renamed as Impala.

In 2003, the tug was acquired by Lind Marine Incorporated of Petaluma, California. Where she was renamed as the Bernice Lind.