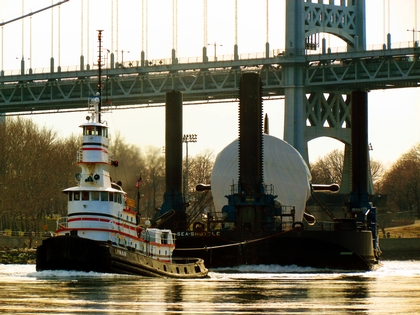 Built in 1968, by Gulfport Shipbuilding Incorporated of Port Arthur, Texas (hull #716) as the Crusader for the Red Star Towing Company Incorporated of New York, New York.

In 1977, the Red Star Towing Company was acquired by the Hess Oil Corporation of New York, New York. To form the Spentonbush-Red Star Companies of Brooklyn, New York. Where the tug retained her name.

In 1988, the tug was struck, and "tripped" by the barge she was towing while outbound the Raritan River near Sandy Hook, New Jersey and sunk. She was raised, and towed to the Hess Oil Corporation's dock in Gowanus, Brooklyn.

In 1995, she was acquired by the Gateway Towing Company Incorporated of New Haven, Connecticut. Where she was renamed as the Lyman Smith. And, she was completely rebuilt at the Thames Shipyard and Repair Company in New London, Connecticut.

In 1996, the tug entered service for the Gateway Towing Company Incorporated. Where she was renamed as the Lyman.

In 2020, the Gateway Towing Company ceased operating towing vessels. And she was acquired by Cape Cod Canal Towing LLC. of New Bedford, Massachusetts. Where the tug was renamed as the Guardian. 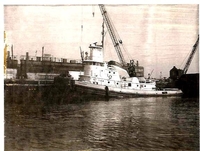 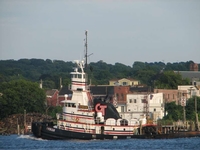 
Back to SPENTONBUSH-RED STAR COMPANIES INCORPORATED