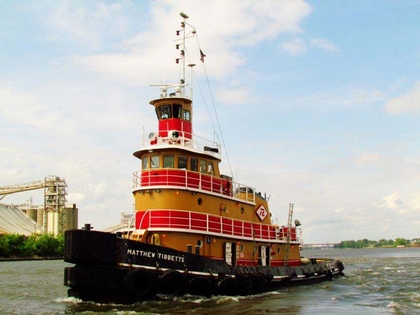 Built in 1969, by Main Iron Works Incorporated of Houma, Louisiana (hull #223) as the Ocean Tower for the Dann Ocean Towing Company of Tampa, Florida.

In 1976, she was acquired by the Reinauer Transportation Companies of Staten Island, New York. Where the tug was renamed as the Franklin Reinauer.

The tug featured a single "B" in a diamond on the stack. In 1983, the single "B" was replaced with the "BFT" in the diamond.

In 1983, the Boston Fuel Transportation Company renamed the tug as the Matthew Tibbetts.

In 1990, the tug was transferred to the Reinauer Transportation Companies of Staten Island, New York. Where the tug retained her name. 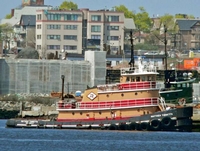 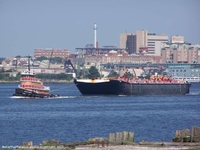 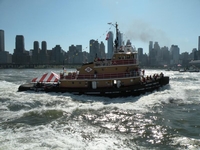 
Back to BALEEN TOWING COMPANY INCORPORATED