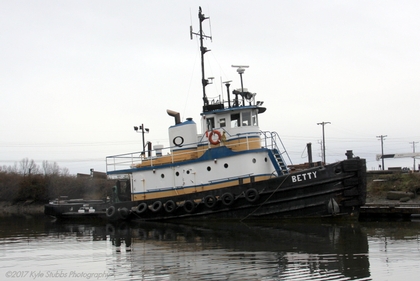 In 1907, the Grays Harbor Construction Company was founded by James Quigg, and soon grew to be the largest marine construction provider in the area.

In 1937, his sons Jim and Charlie Quigg founded Quigg Brothers, Incorporated, which soon grew by obtaining the sand and gravel operations of Grays Harbor Construction and joining with the McDonald Dredging Company, owned by their cousin Jim McDonald.

The company expanded again in 1973 through acquisition of the Allman-Hubble Tugboat Company, in operation since 1898, taking on that company's ship-assist contracts. Later competition with Brusco and Foss, along with a downturn in the lumber market, convinced Quigg Bros to abandon ship-assists and focus again on work in construction. In order to keep tugs working, the Quigg family partnered with family friend Harley Franco in 1987 to found Olympic Tug and Barge, which later became a part of Harley Marine Services.

Today, the company is owned and operated by third and fourth generation Quigg family members and conducts construction operations around Grays Harbor and elsewhere in Washington State.