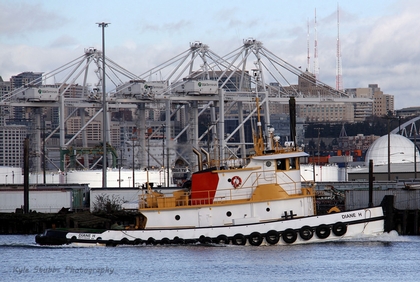 In 1976, The company then merged all of its operations into the Halvorsen Towing Company. That same year, Boyer Towing Incorporated launched the Boyer Alaska Barge Line Incorporated. Which was a subsidiary that later became a significant component of the modern day Alaska Marine Line.