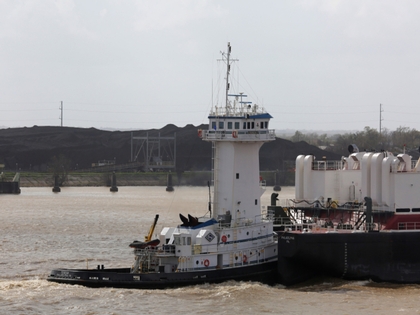 Pictured as: the Teresa (Kirby Corporation) Photo by: Vladimir Knyaz

In 2021, the unit was acquired by Unico Commodities of Houston, Texas. Where the unit retained their names.

In 2021, the unit was reflagged under a Liberian Flag.

Outfitted with an INTERcon coupler system. The Teresa is "married" with the 430(ft), by 76(ft) by 36(ft), double hulled, 115,000(bbl) barge, the Acadia. That was constructed simultaneously in 1997, by Gretna Machine and Iron Works of Harvey, Louisiana for Penn Maritime Incorporated.

Pictured as: the Teresa (Penn Maritime Incorporated) Photo by: Foggy


Back to UNICO COMMODITIES LLC.