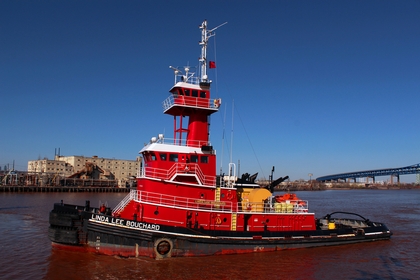 Built in 2006, by Bollinger Shipyard Incorporated of Lockport, Louisiana (hull #500) as the Linda Lee Bouchard for the Bouchard Transportation Company of Melville, New York.

The tug is named for Linda Lee Bouchard. The wife of President and Chief Executive Officer of the Bouchard Affiliates, Morton S. Bouchard III.

In 2021, the unit was acquired by the Centerline Logistics Corporation of Seattle, Washington. Where she retained her name.

In 2021, she was chartered by Unico Commodities of Houston, Texas. Where the tug was renamed as the Bella.

In 2021, the unit was returned to the Centerline Logistics Corporation of Seattle, Washington. Where the unit retained her name. 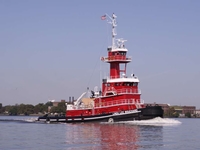 
Back to UNICO COMMODITIES LLC.