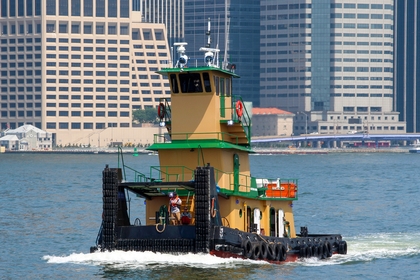 In 1987, the tug was later acquired by Double Eagle Marine Incorporated of New Iberia, Louisiana. Where she was renamed as the Grand Eagle.

In 2004, she was acquired by the Delta Towing Company of Houma, Louisiana. Where she was renamed as the Delta Mule.

In 2023, Stasinos Marine LLC. renamed the tug as the Toula C.


Back to STASINOS MARINE LLC.