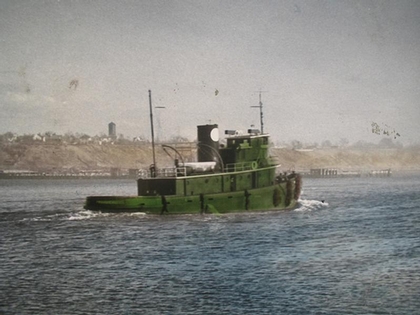 In the 1960's the tug was acquired by Robert L. Schildwachter of New York, New York her fate is unknown.

The tug was powered by a McIntosh and Seymour Corporation 6 cylinder diesel turning a single propeller.
(David Wright)