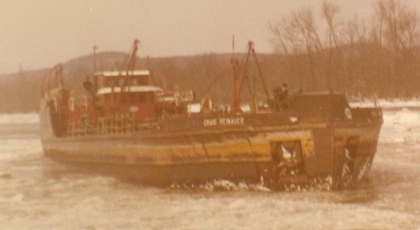 Built in 1934,the Sun Shipbuilding and Dry Dock Company of Chester Pennsylvania (hull #150) as the Franklin for the Atlantic Refining Company of Philadelphia, Pennsylvania.

Her keel was laid on December 19th, 1934. And, she was launched on June 27th, 1934. And delivered to the Atlantic Refining Company of Philadelphia, Pennsylvania on July 5th, 1934 of the same year.

In 1956, she was acquired by the Reinauer Transportation Companies of Staten Island, New York. Where she was renamed as the Craig Reinauer.